You are here: Home / Performances / Charity Shows / George Michael’s Performance at the Concert of Hope (1993) 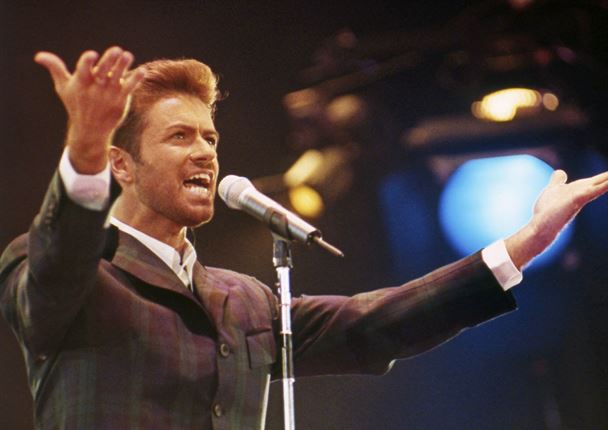 On 1st December 1993 on World AIDS Day, George Michael played a benefit concert in front of the late Diana, Princess of Wales at London’s Wembley Arena. Princess Diana was Britain’s Patron of the National AIDS Trust, and the Concert of Hope was televised worldwide.

The AIDS benefit concert also featured KD Lang and Mick Hucknall (lead singer of Simply Red), with David Bowie acting as the host for the evening. With a sold-out crowd of 12,000 people who had paid a generous ticket price (pounds 35), the Concert of Hope did much to raise funds as well as an awareness of the disease.

George Michael spent much of his life campaigning for a cure for HIV/ AIDS. The Concert of Hope was reportedly his idea, and he did it while in the midst of the litigation from what he regards as a restrictive recording contract with Sony Music. George filed the lawsuit against Sony on October 30, 1992, and the ruling was issued on June 1, 1994. And in between, he had helped bring this concert to fruition.

Photos from Concert of Hope:

Princess Diana shown here chatting with George Michael before the start of the Concert of Hope at Wembley Arena in London to mark World AIDS Day December 1, 1993. To the immediate left of George Michael is singer K.D.Lang of Canada, and to the right Mick Hucknall of Simply Red. Photograph: Pool/Reuters 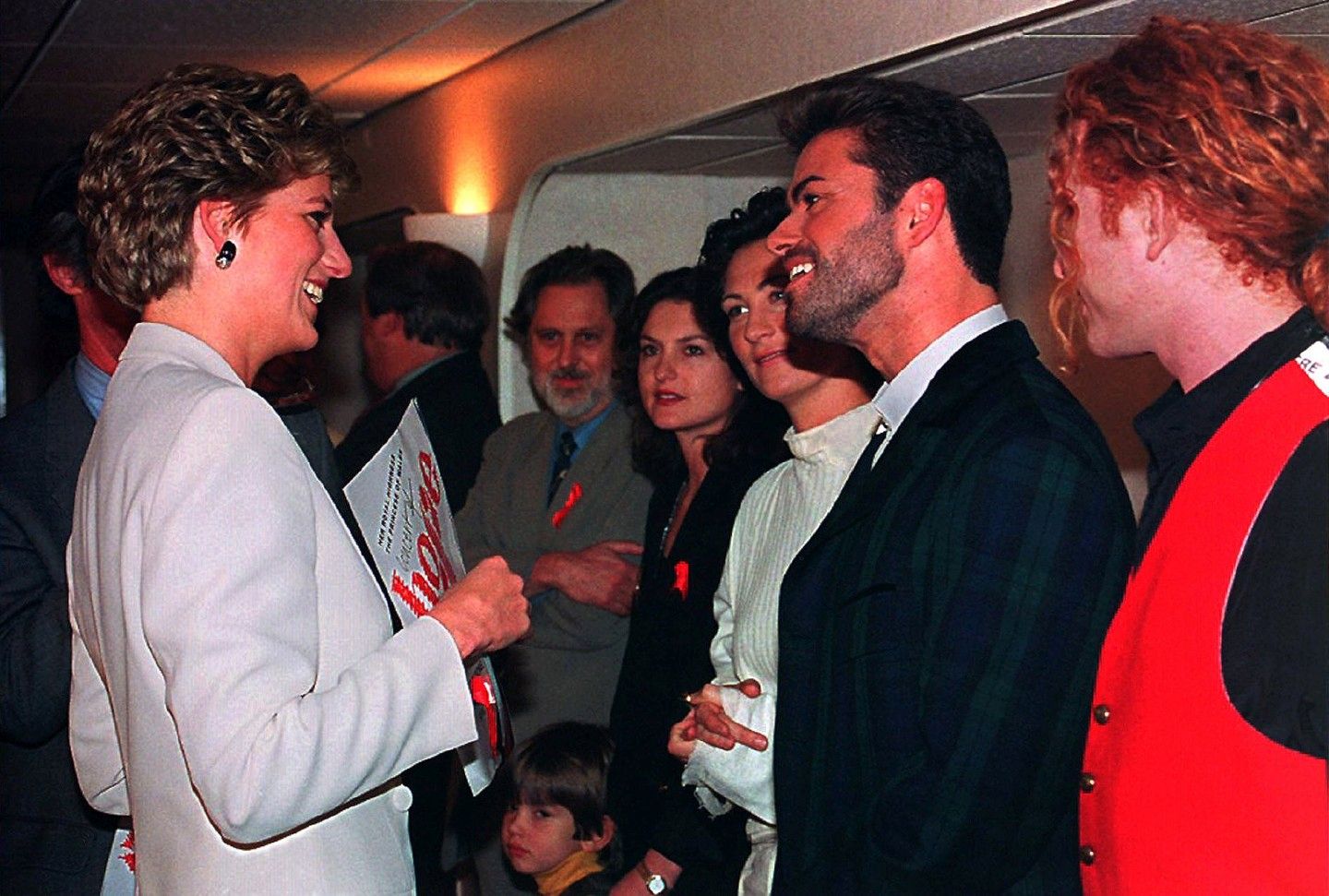 Photos of the Tour Programmes of Concert of Hope: 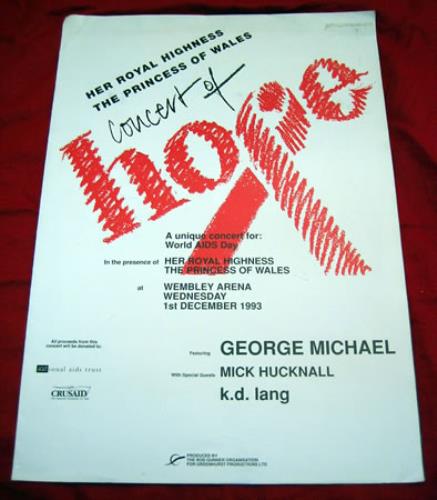 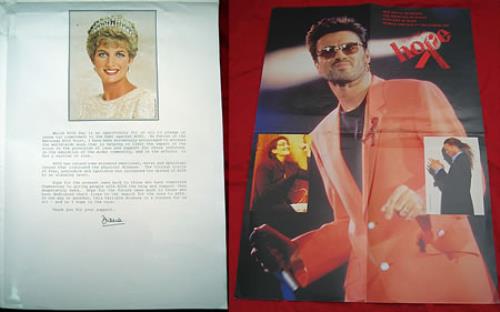 Below are the cast and crew of The Concert of Hope:

Watch George Michael perform at the Concert of Hope:

Watch Mick Hucknall’s performance at the Concert of Hope:

Video backstage at the Concert of Hope where the artists – George Michael, KD Lang, Mike Hucknall and David Bowie – met with Princess Diana