George Michael was a singer/songwriter with a remarkable catalog of music spanning pop, soul, and disco. Over the course of his career, George produced numerous hits and sold more than 115 million records worldwide, making him one of the best-selling music artists of all time. He is an idol to a generation.

Since his death in 2016, the world continues to pay tribute to George Michael and his legacy. Several leading symphony orchestras have performed his greatest works, combining classical orchestra arrangement with George’s extensive catalog of pop music. The magic of the orchestra sound to the George Michael songbook is nothing short of incredible.

Here are some symphony orchestras that have set up tributes to George Michael and his music:

This evening of award-winning music will include George Michael’s biggest hits from his solo career as well as with his group Wham!. Fan-favorite Michael Krajewski will conduct the orchestra and he will be joined by very special guest artists.

The Omaha Symphony celebrates the greatest star of the MTV generation. Hear all the hits from Wham! and George Michael͛s solo career, including “Careless Whisper,” “Freedom,” and”Faith.” An unforgettable tribute to a British music icon. Conducted by Ernest Richardson.

The Perth Symphony Orchestra is bringing much-loved show ‘Faith & Freedom: The Music of George Michael’ on tour to Singapore! 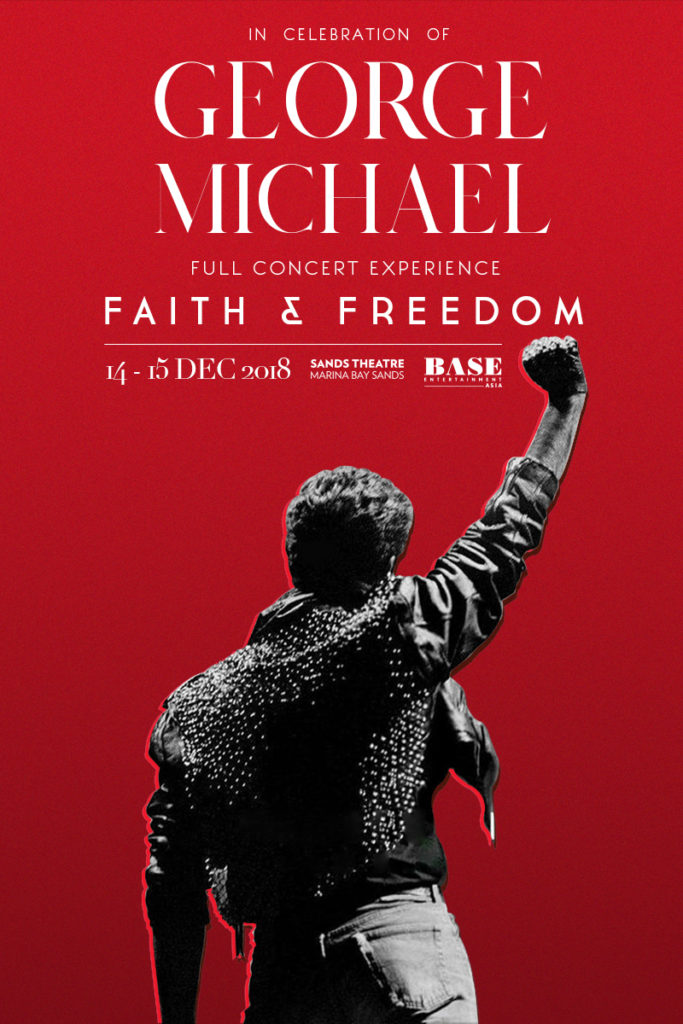 The fully-narrated concert has entertained over 10,000 people and received rave reviews and standing ovations wherever it has played. George Michael’s works have been reimagined with the aim of taking the audience on a remarkable journey of emotion that sheds a new light on some of the best-loved songs from Faith to Careless Whisper, Freedom to I’m Your Man. 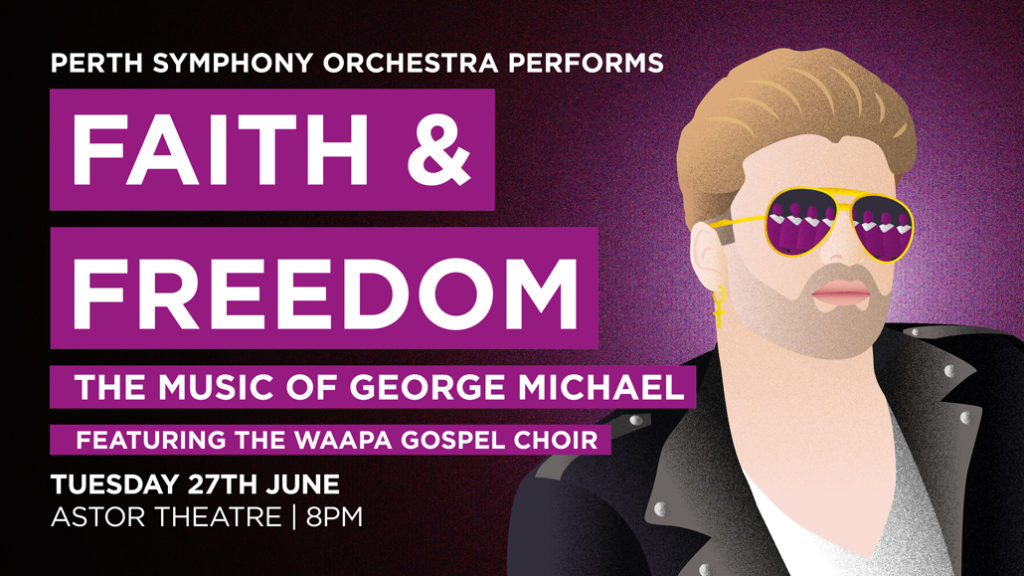 On Tuesday 27th June 2017, just two days after what would have been George Michael’s 54th birthday, Perth Symphony Strings (with percussion and bass… for George’s famous groove!) and the WAAPA Gospel Choir performed a magical concert celebrating the music of George Michael – both from his solo career and with WHAM!

The concert was conducted by Jessica Gethin and featured Matt Allen and soloists from the WAAPA Gospel Choir.

With over 115 million records sold worldwide, George Michael secured his place in pop music history long before his untimely death on Christmas Day in 2016. A voice of his generation, his iconic style and high-energy songs spanned a 30-year career. Join the Virginia Symphony Orchestra for a special tribute to this superstar, performing his best hits like “Wake Me Up Before You Go-Go,” “I’m Your Man,” “Faith,” and “Careless Whisper.” Conducted by Gonzalo Farias.

The Houston Symphony paid tribute to musical legend George Michael and his music on their July 14, 2018 show. Conducted by Brent Havens, the Houston Symphony played George’s famous songs including Faith, Careless Whisper, One More Try, among others. Vocalist for the evening was Juan Pablo di Pace

Celebrate the life of one of the best-selling music artists of all time when the SLSO pays tribute to George Michael. Relive your favorite George Michael memories as the SLSO takes you on a journey through some of his biggest hits including “Careless Whisper,” “Faith,” “Father Figure” and more! Conducted by Brent Havens and Josh Olsen on vocals. 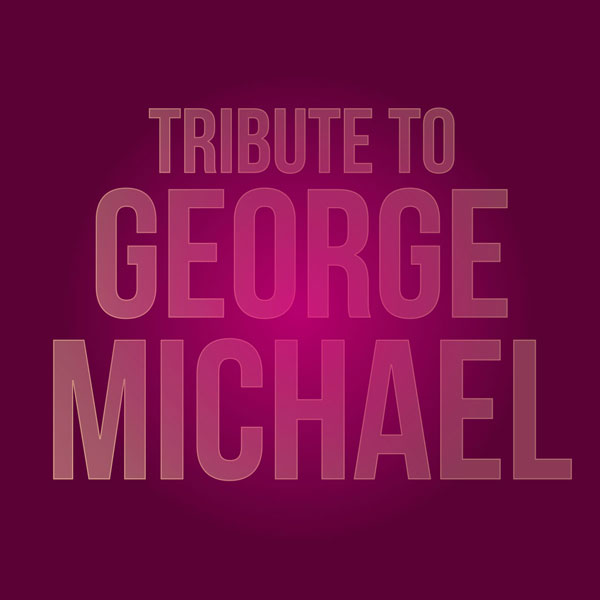 ‘George Michael: Listen To Your Heart’ was under the musical direction from maestro John Foreman, OAM. The orchestra was joined on stage by a stellar line-up of Aussies including Hugh Sheridan, Rob Mills, Casey Donovan, Andrew De Silva and Bobby Fox. 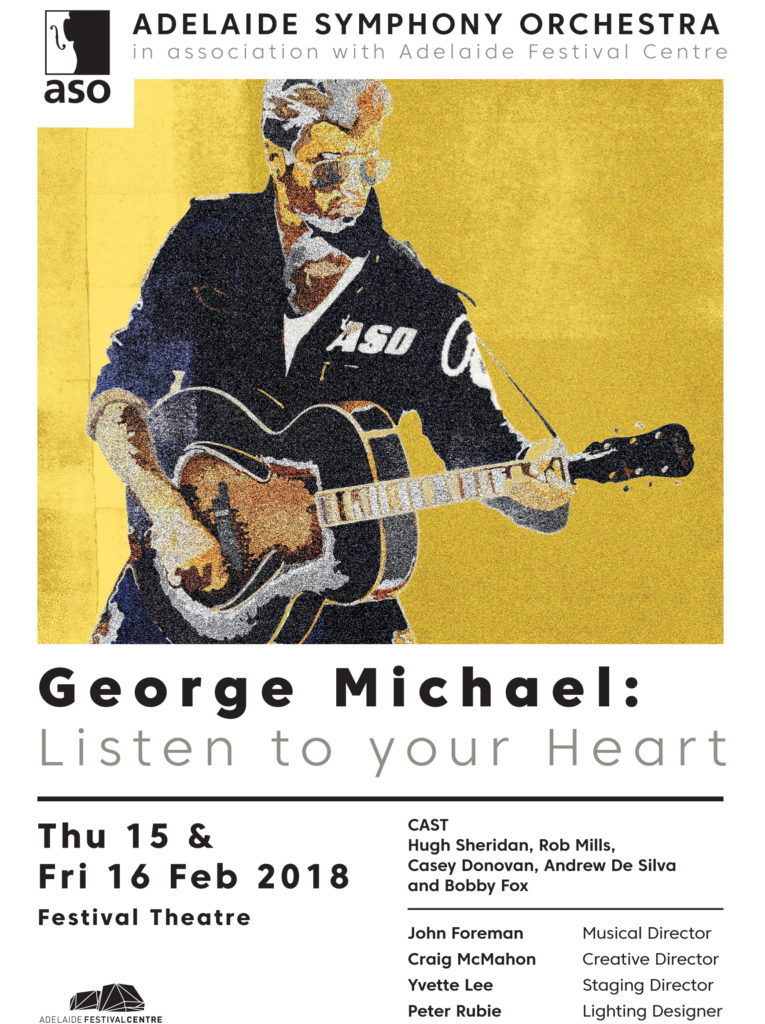 Thirty years ago in 2017, George Michael released his seminal debut solo album Faith. What was planned to be an anniversary concert with the Sydney Symphony Orchestra to celebrate this milestone, was changed to honor the pop icon gone far too soon. The concert commemorated George Michael’s tragic passing with a 30-song production of his greatest hits, including Careless Whisper, Faith, Father Figure and more. The vocalists who joined the full symphonic sound of the SSO were Brendan Maclean, Jade MacRae, Gary Pinto, Carmen Smith, and Natasha Stuart.

We love @RobMillsyMills and @AndrewDeSilva‘s cover of ‘Careless Whisper’ and can’t wait to relive all our favourite George Michael hits in this Sunday’s performances of George Michael: Listen to Your Heart: https://t.co/6nIM3diEsZ pic.twitter.com/Co7nmESERQ