You are here: Home / The Man / Interviews / George Michael Interview in Wales Online (2012)

The article “George Michael on his near-death experience, new album and career” was published by WalesOnline on October 5, 2012. 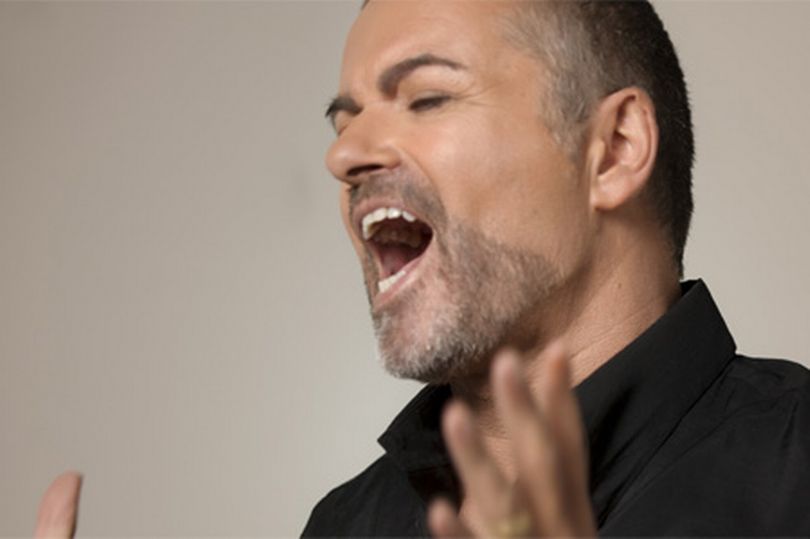 George Michael is back on the road with his Symphonica Tour, which was postponed when he almost died from pneumonia. As he prepares to visit Wales, he talks about his near-death experience, his loyal fans and why he won’t be quitting music anytime soon

IT’S just 10 months since George Michael almost died from pneumonia after collapsing while preparing for a gig in Vienna as part of his world tour.

So it comes as little surprise to learn that the chart-topping star is now suffering from “major anxiety”.

But while this has meant he’s been forced to cancel his Australian dates as part of his rescheduled Symphonica Tour, the 49-year-old is honouring his UK concerts, which includes two performances in Wales this weekend.

“I was absolutely loving the tour and it was such a terrible shame that the shows had to stop when I got ill,” he says.

“And my audiences are just so amazing now, they really are. I can sort of feel their love and gratitude when I’m on stage and I think that comes from them having so many of their life experiences attached to my music over the years.”

From his early days in ’80s duo Wham to massive success as a solo star, the Faith singer is showing a different musical side this time as he stages his orchestral concert tour.

“One of the ways they’ve (his fans) shown their appreciation to me on this tour is by being so patient with the songs I’m performing. I’m sure there have been numbers that they’ve never heard of, or the occasional jazz standard or whatever, but they’ve just seemed totally prepared to go on this musical journey with me. I think that really shows the level of fans that I have.”

Michael, who will receive treatment for his anxiety following the tour, remembers little of his time at the hospital in Vienna last November and December when he slipped into a coma, and he’s reluctant to go into too much detail.

“What I do remember, though, was feeling this terrible, terrible guilt and pity for what my family, friends and my new partner had to see me go through,” he admits.

“They literally spent two or three weeks not knowing if I was going to make it, and if that had happened to me in reverse – if it had been one of my sisters fighting for her life – well I know I’d have been absolutely devastated.

“For my part, though, I didn’t realise the danger I was in until after it was all over.”

Despite his health problems, Michael has been back in the studio recording a new album and he performed his latest single, White Light, at the Olympics’ closing ceremony in August.

“It’s really a celebration of my coming through pneumonia last year,” he says of the track. “Pretty much everything I do is autobiographical, and in this case, having come close to death, I knew something good musically would come out of it. A lot of people were expecting me to write a ballad, but I wanted something uplifting and positive, hence the dance track.”

He felt the Olympic Stadium was the perfect venue to debut the song.

“When I thought about it, it seemed the lyrics to the song were particularly appropriate for that occasion. Of course they addressed my battle with pneumonia, but the message also fitted one of the overriding Olympic themes, which is overcoming adversity and physical endurance.”

The singer says the new album is “going very well”.

“I’d say this album lies somewhere between Faith and Older in terms of content and it’s probably the most radio-friendly album I’ve made in a long, long time. It’s pretty upbeat and I’m sure that my fans will like it, although I’ll be waiting for them to let me know which tracks they think will be the potential classics. I haven’t settled on a title yet, so watch this space. I think it’ll be out early next year.”

Michael says he’s not sure how his career’s been so long and successful.

“I don’t know how it happened, I really don’t. But I’m still here and my new single really kind of says I’m not ready to go anywhere. In my business, success is something that can sort of slip away from people after a while. And not just success but also the inspiration and the self-doubt that’s needed to keep you trying to do better.”

He says there’s no room for complacency.

“For me there’s always this possibility that you’ve lost something that you’re not aware of. And that’s exciting, you know. Because the day that I’m not worried anymore is the day that I should stop. I think if you’re complacent about your talent then it can definitely drift. That’s much less likely to happen if you realise what a privilege it is to be talented and successful in this business.”

George Michael is at Cardiff Motorpoint Arena tonight and tomorrow