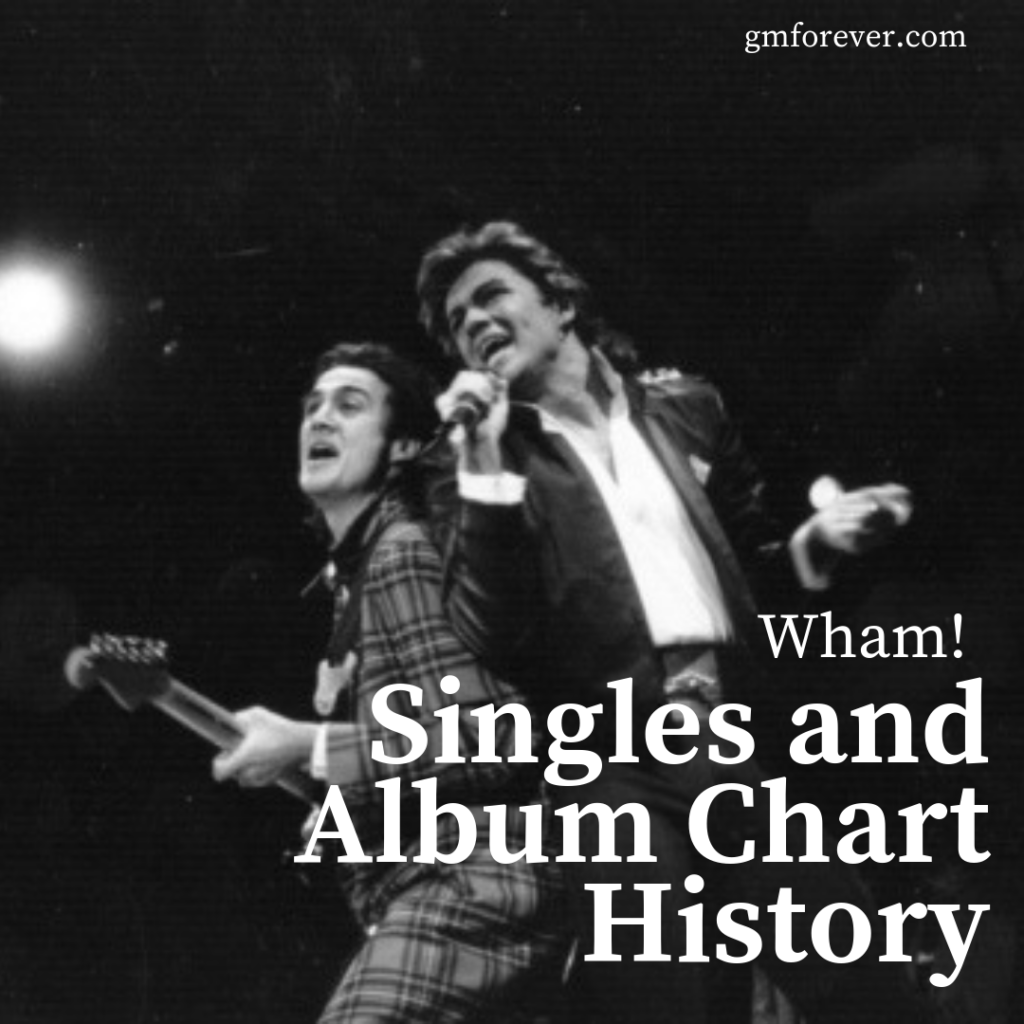 The group Wham! was an English musical duo formed by childhood friends George Michael and Andrew Ridgeley in 1981.

Singing mostly pop and dance music, Wham! produced a string of catchy singalong singles, mostly written by George Michael. The group Wham! disbanded in 1985 and gave their farewell performance before a sold-out audience of 72,000 fans at London’s Wembley Stadium.

Below is the list of singles that Wham! released, including their placement in both the United Kingdom and United States music charts: