You are here: Home / Performances / Charity Shows / The Concert for Linda: A Tribute to Linda McCartney 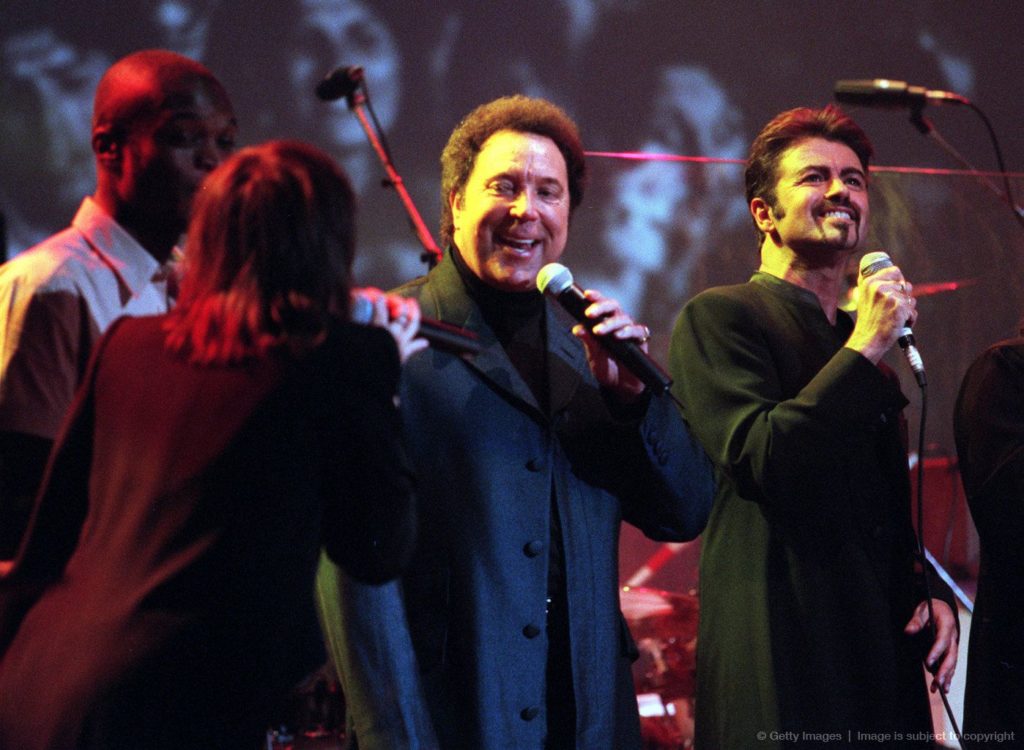 “The Concert for Linda” was a benefit tribute to Linda McCartney, wife of Paul McCartney. Linda was a photographer, animal rights campaigner and Beatles wife. The concert was held before some 5,000 fans at the Royal Albert Hall in London on 10 April 1999, almost a year after Linda died from breast cancer.

The star-studded concert included performers such as Chrissie Hynde’s Pretenders, Elvis Costello, Tom Jones, Sinead O’Connor, Johnny Marr of the Smiths, George Michael, Neil Finn of Crowded House, Marianne Faithfull and Ladysmith Black Mambazo. According to The Independent, “George Michael, in his first live appearance for two years, was probably the reason the show sold out almost immediately when tickets went on sale last May.” One trade publication mentioned that:

Michael said he was moved to take the stage for the first time in nearly three years because his “mother lost the same fight, the same battle that Linda lost.”

George sang his single “Faith” and two Beatles cover songs in The Concert for Linda:

Here is a video of George performing his Beatles cover of the “The Long and Winding Road” and his song “Faith” in this tribute concert:

Below is the audio of George’s performance of the song “Eleonor Rigby” at The Concert for Linda:

I think we can all agree with what Aretha Franklin said about George Michael after their performance in Detroit in 1988 – Queen Sees More Duets (Detroit Free Press, 1988) https://t.co/NGF4CmRZLF https://t.co/Lclk7GKbAG