You are here: Home / List of Songs / Song: Spinning the Wheel 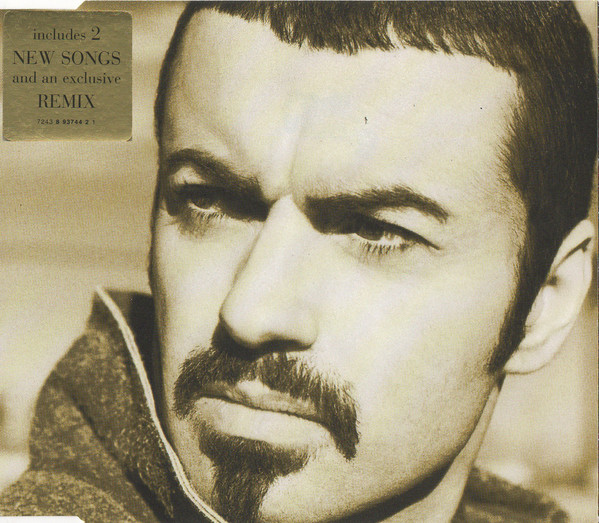 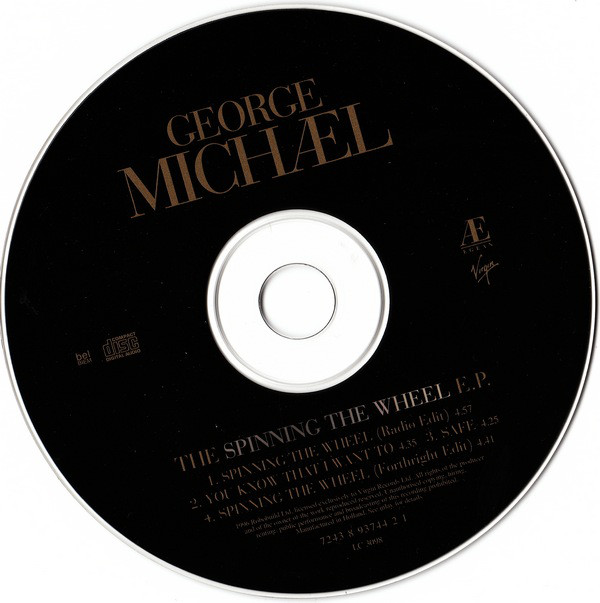 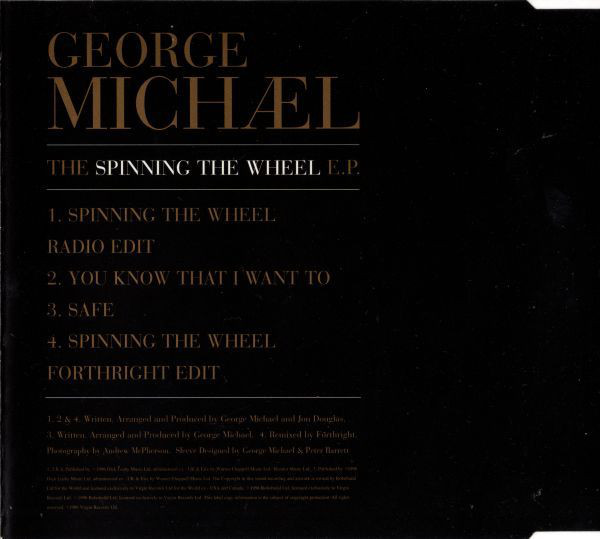 ‘Spinning the Wheel’ was the 3rd single from Older released in the UK on 19 August 1996. This song is also included in the following compilation albums:

‘Spinning the Wheel’ first charted on 31 August 1996, and spent 19 weeks in the UK charts. The song was kept off the no. 1 slot in the UK by the Spice Girls’ debut ‘Wannabe.’

Spin the wheel
Five o’clock in the morning
You ain’t home
I can’t help thinking that’s strange, yeah yeah
Baby I just want you to know
I won’t go through it again, yeah yeah
Those clouds are closing in
And I will not accept this as a part of my life
I will not live in fear
Of what may be
And the lessons I have learned…
I would rather be alone than watch you
Spinning that wheel for me

Six o’clock in the morning you ain’t phoned
I can’t help thinking that’s strange, yeah yeah
It seems that everybody takes their chances
These days
Oh yeah, we’re standing in the rain

Spinning the Wheel is about HIV. It’s a simple metaphor, but very obvious.

You’ve talked about open relationships for a long time. The lyrics to ‘Spinning the Wheel’ — ‘you’ve got a thing about strangers…’ — were pretty clear. Do you not think that open relationships breed insecurity, though? In that song you seem unhappy with the idea, as if you were on the other end of it.

That lyric was actually about how I can’t believe how many people have unsafe sex. I went to a benefit for Patrick Cowley, who was Sylvester’s producer, in ’82 and people were talking about this new gay cancer and pretty much straight after that I started using condoms. I never stopped. Actually, I stopped when I first met with Kenny because at that time we wanted to be monogamous and we had both been tested and were fine. I’d tested after Anselmo told me he was positive but I hadn’t been tested since then, which was three or four years. The period between that and when I knew my eye was wandering again was when I had unprotected sex. We were at the beginning of the relationship and we both made that decision. I don’t think I would do that again because in that situation you rely on your partner having the guts to tell you the moment things stop being monogamous. Actually, I don’t know if I would ever try to be monogamous again. The minute that I knew my eye was wandering again, I talked to Kenny about it and we started using protection again. I’ve always been very aware of it. Whether I’ve been pissed or taken an E or whatever, I’ve always used protection. Going through the whole thing with Anselmo, it just struck me that I would write a song about having a partner who just won’t practise safe sex, basically. It wasn’t written from a personal point of view, where I was complaining about someone sleeping around. I suppose it sounded like that though, didn’t it?

Videos of 'Spinning the Wheel'

Live at the Road to Wembley concert in December 2006