You are here: Home / The Man / Interviews / “George Michael Keeps The Faith’ Interview in US Weekly (1988)

The George Michael interview “Act of Faith” was written by Jon Bowermaster and published on May 30, 1988, in US weekly magazine. 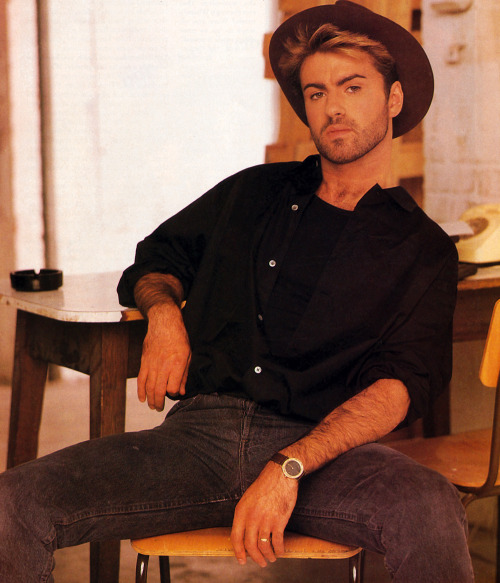 George Michael sits staring at his reflection in the silver-tipped toe of his boot. He’s looking deeply into his own eyes, for what he will not say. Or maybe he’s measuring the progress of his two-day stubble. More likely, he’s just taking in the new George Michael (Georgios Kyriacos Panayiotou), and what he sees is a respectable singer-songwriter, no longer just a silly Wham!ster. Gone is the childhood buddy and Wham! partner Andrew Ridgeley. Gone also are the hotpants, golden mane and Tan-fastic that made him an international teen idol in the early Eighties. They have been replaced by a quadruple-platinum solo album (Faith), two Number One hit singles from that album and a possible third on the way (the current “One More Try”), a worldwide tour that comes to America in August, bodyguards (“only in America,” he claims), and a one-year-plus romance with Kathy Jeung, the L.A.-based club DJ whose thigh appeared to great advantage in his video “I Want Your Sex.”

But best of all, as far as he’s concerned, are the favorable reviews by a press that once dismissed him as just another pretty face. Behind that too-perfect mug, though, Michael is all business. Right now, his first priority is to prove to any straggling doubters that he is a musician to be reckoned with. “I’m waiting for the day when I’ll be forgiven for being half of Wham!,” he says, frowning as he toys with the zipper on his black shirt.

Are you surprised by Faith’s success?

You know, I’ve always thought it a stroke of luck that what I like to do musically relates to an awful lot of people. [Faith is] a fine collection of songs, and I knew it was going to be a very, very successful commercial album. I don’t think it depended on any sort of gimmickry or imagery. I think it’s a lot more genuine than a lot of music that’s selling now. I’ve never seen so much formulaic music around in my life! [Formulaic music has] always been around, but people have never seemed so ready to buy it in such huge numbers – and keep buying it.

Any guess why Faith has done so well in America?

I’ve always felt that if I do what comes naturally, to the best of my ability, then the public will react favorably. 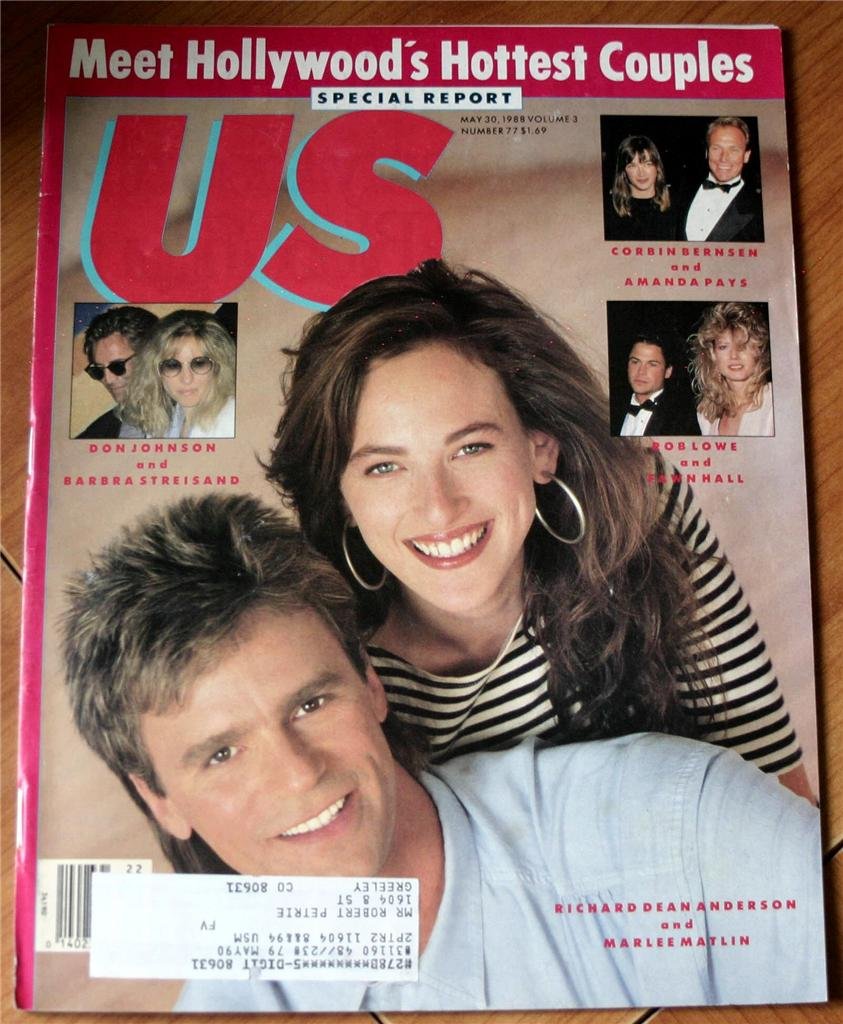 Faith is made up of various styles, with no one theme. Did you purposely set out to show that you could handle many styles and subjects?

I get bored very easily, and the idea of taking one emotional statement and turning it into an album is not really enough to keep me happy. The album took over a year to make, and during that year there were so many different things that excited me, they were all bound to come out. The dance stuff on the album represents an element of me that says, “I missed out on part of the last four, five years.” I mean, I’ve had a very good time, but there’s an element in me that wants to remind people that I’m only twenty-four. That comes out in the dance tracks. The one thing that frightened me was that people expected me to move into a middle-of-the-road bracket right away. They expected that two years [after Wham! broke up], and for a twenty-two-year-old, that was really frightening. So I wanted the album to be more representative of what I am.

How do you feel about being on tour?

I like performing because it’s the absolute zenith of anybody’s creative releases. There is no better feeling in the world. I often think if I had to decide which was the better rush, and which I’d give up first, walking onstage in front of thousands of people or sex … I think I’d have to give up walking onstage, because I’ve proven that I can do that for a year. I can’t imagine going without sex for a year. But it’s the only feeling that comes close. I hate being on tour, though, and the whole process, because you’re surrounded by your own public persona twenty-four hours a day. 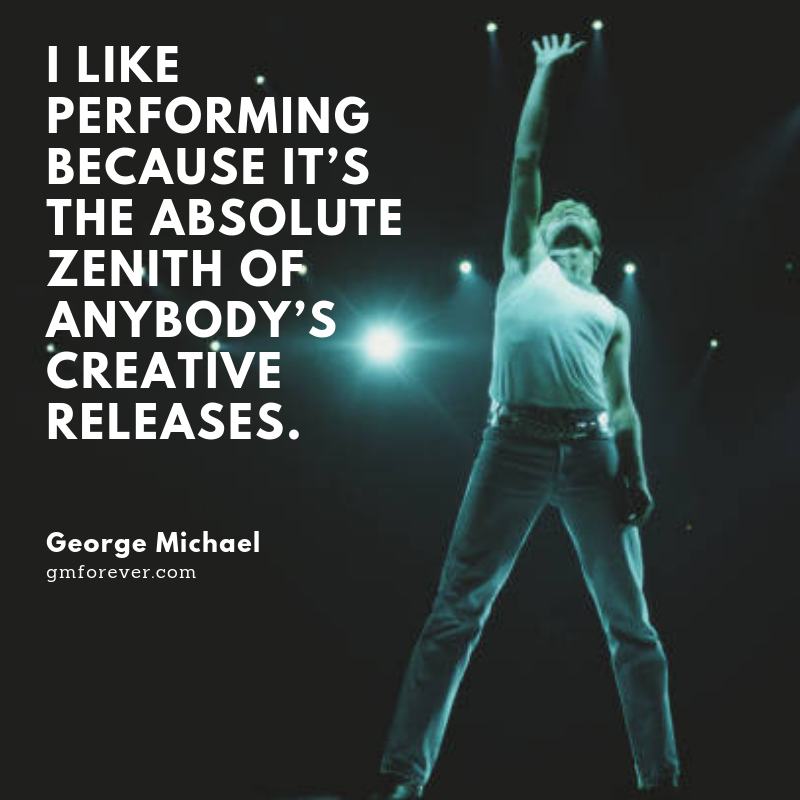 Much of Wham!’s success was built on the strength of your videos. How important are videos to your solo work?

Actually, I hate the video part of it. There was about a year when I liked being in front of cameras. I don’t know what came over me. No, I do know what came over me – it was being nineteen years old and suddenly having loads of girls after you, having everybody say, “You’re a star.” When you’re young and have wanted to do something for that long, it’s very hard not to be seduced by it. Now, I swear if I never have to stand in front of a camera again, I would be quite happy.

How sincere was the optimism that ran through Wham!’s music? Were you always as up as your songs made it sound?

Towards the beginning that optimism was totally, 100-percent genuine. We were very, very young, very up. Even the ballad on our first album [“Nothing Looks the Same in the Light,” from Fantastic], about the first time you ever sleep with someone, was written from a totally genuine, naive point of view. I was seventeen, but I’d already written “Careless Whisper.” It was written about a balance of emotions that I hadn’t really experienced. Make It Big [Wham!’s second album] was pretty genuine, but by the end of recording it, things were starting to weigh on me a bit. It was tough to make something that up when you’re feeling like shit. With Wham! that feeling of optimism was imperative.

How calculated was the promotion of George Michael as sex symbol during the Wham! days?

The whole business of promoting me physically was something I never considered, because I didn’t see myself in that light as a child. Once it started, I’m not saying I ignored it. I never said, “No, I’m not going to brush my teeth today, I’m a musician.” I was the instigator, but I was swept along in the sense that I was young, and had no real perception of how big it would become and no perception of how I would have to fight it later. At the same time, I would not do anything to change it, because it’s put me in a very enviable position – it’s one thing to have to fight for your credibility and success from nowhere. I think you always need challenges, and I created the challenge of having to backpedal against the public’s image of me. But that challenge is quite aside from what I’m doing musically – musically, I don’t think it has held me back one bit. 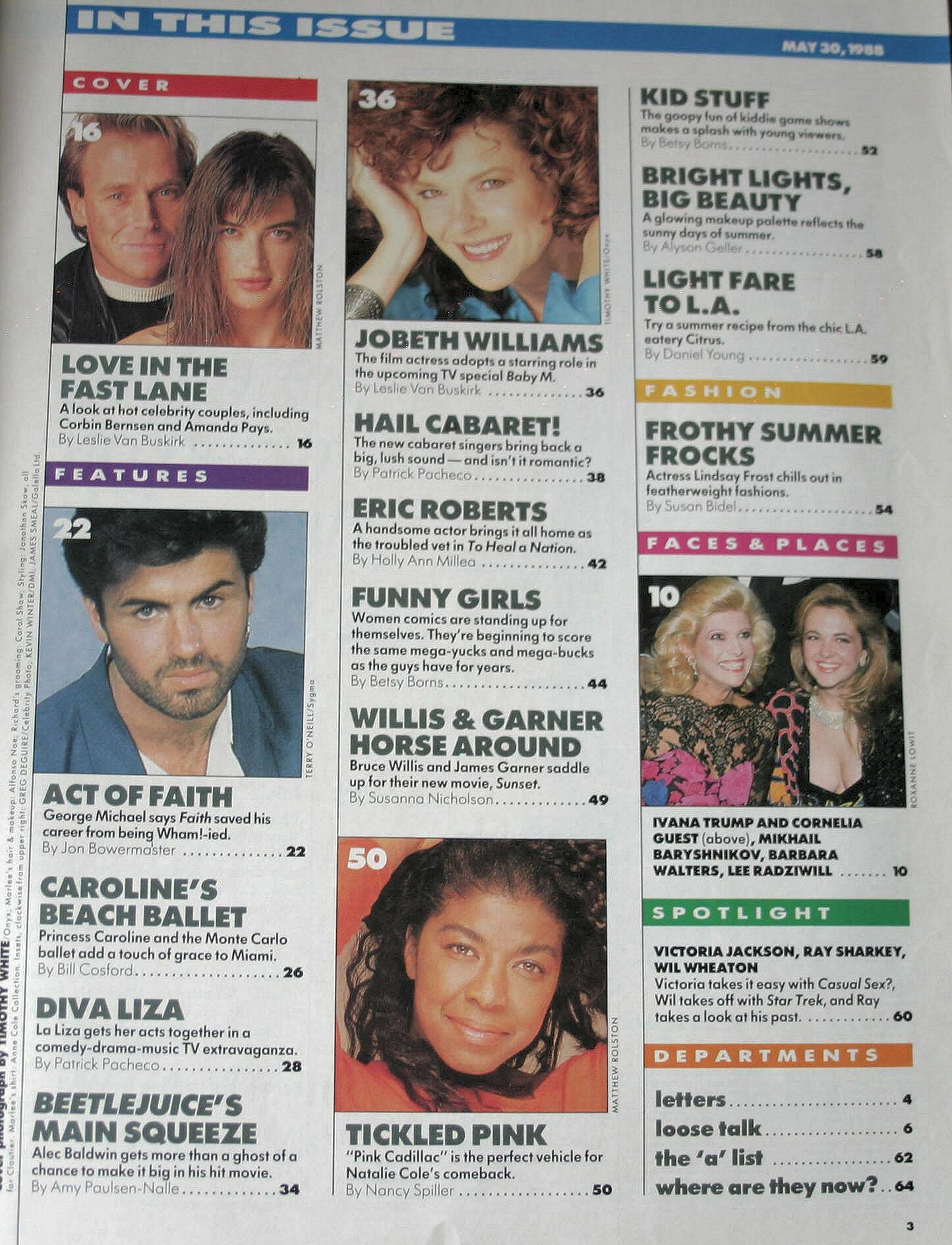 The whole Wham! thing was not a mistake, it was really a blessing in disguise. So this is a new beginning, a rebirth. In this country, that is done by letting people know more about you. When I was perceived as all teeth and earrings, I didn’t let people know much about me. When we were selling loads and loads of records, it didn’t really seem there was going to be any problems. Now I’m perfectly prepared to let people know what I’m about.

Until the release of Faith, you had been keeping a pretty low profile. Why?

I stayed out of the public’s eye because I needed a rest. Then “I Want Your Sex” came along. The song was written and the album wasn’t going to be out until the end of the year, so I thought it needed a vehicle. Along came the movie [Beverly Hills Cop II]. Now I wish we had had nothing to do with it. I’ve always felt that songs used in movie soundtracks were somehow cheapened, and though I’ve been asked to put songs on soundtracks before, I always said no. This time I said yes and wish I hadn’t. The early release of the song didn’t make a difference anywhere but in this country. I don’t think people even remember it was in Beverly Hills Cop II. And I don’t think the controversy was deserved at all.

Given the title of the song, didn’t you know when you released it that it would raise some eyebrows?

What could I have called it, really? I still find it amazing that you can use the word sexual or sexy, but if you say “sex” everyone panics. Of course I knew there was going to be some controversy and I can’t pretend that that didn’t excite me, at first. But I had no idea there would be anything like the degree of controversy there was. In some areas, England, for instance, it hurt. It was the worst-selling single I’ve ever had there because it never got played. It was banned from radio and television – it was very frightening censorship. Over here it was only banned on about one out of three stations – and it sold Number One for three weeks. But it never made Number One [on Billboard’s Hot 100] because the radio stations weren’t playing it. But the fact is, it became my biggest-selling single over here, because of the huge controversy. I thought [the controversy] was very stupid, but I can’t possibly regret it, because it’s done so well.

What’s been the hardest part of this transition from poster boy to solo artist?

I’ve always resented that perception. At a certain point you want to say, “Here’s the album, now you can’t criticize me for the things you’ve criticized me for in the past. Give me a break.” The only way to [change perceptions] is by telling people what I’m really about. I’m not going to let this opportunity pass me by and let people’s prejudices keep on running. So here I am.”