You are here: Home / The Man / Influence / Frank Sinatra Letter to George Michael 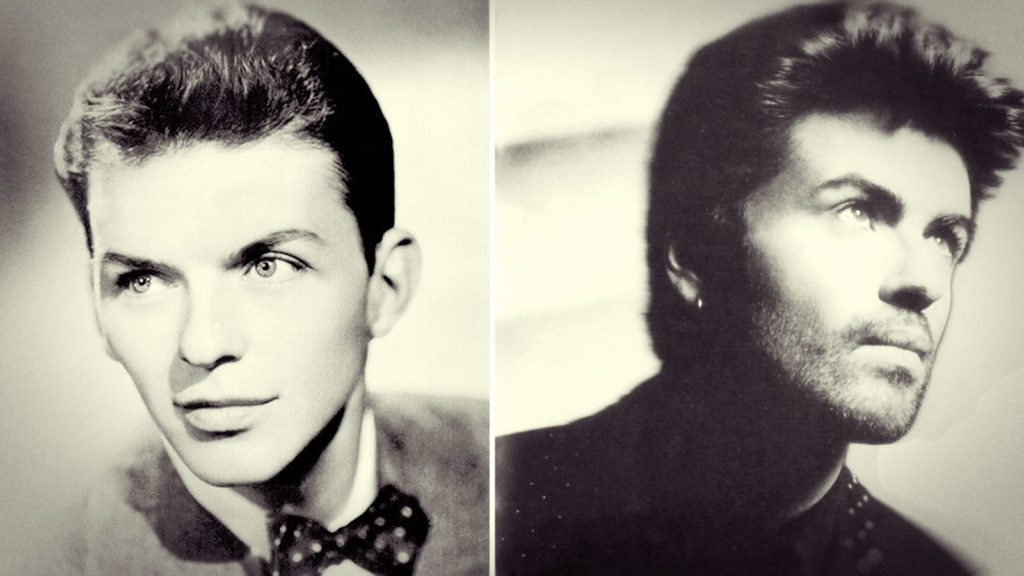 Back in 1990, a 27-year-old Michael offered an interview to the Los Angeles Times’ Calendar magazine in which he discussed his growing disillusionment with his international fame, as reported by The Mirror. The interview resulted in a written response from none other than legendary singer/actor/Oscar winner Frank Sinatra, then 74 years old, in a letter published by the newspaper. 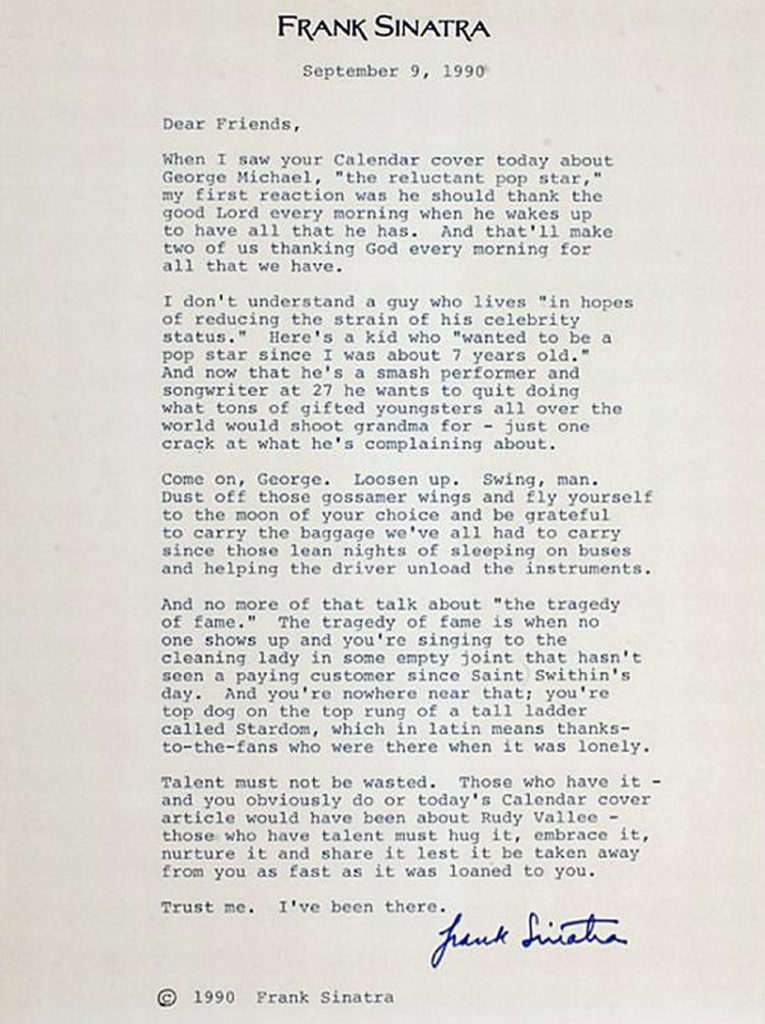 Below is the letter of Frank Sinatra giving advice to George Michael on fame:

When I saw your Calendar cover today about George Michael, “the reluctant pop star,” my first reaction was he should thank the good Lord every morning when he wakes up to have all that he has., And that’ll make two of us thanking God every morning for all that we have.

I don’t understand a guy who lives “in hopes of reducing the strain of his celebrity status.” Here’s a kid who “wanted to be a pop star since I was about 7 years old.” And now that he’s a smash performer and songwriter at 27 he wants to quit doing what tons of gifted youngsters all over the world would shoot grandma for – just one crack at what he’s complaining about.

Come on George, Loosen up. Swing, man, Dust off those gossamer wings and fly yourself to the moon of your choice and be grateful to carry the baggage we’ve all had to carry since those lean nights of sleeping on buses and helping the driver unload the instruments

And no more of that talk about “the tragedy of fame.” The tragedy of fame is when no one shows up and you’re singing to the cleaning lady in some empty joint that hasn’t seen a paying customer since Saint Swithin’s day. And you’re nowhere near that; you’re top dog on the top rung of a tall ladder called Stardom, which in latin means thanks-to-the-fans who were there when it was lonely.

Talent must not be wasted. Those who have it – and you obviously do or today’s Calendar cover article would have been about Rudy Vallee – those who have talent must hug it, embrace it, nurture it and share it lest it be taken away from you as fast as it was loaned to you.

Trust me. I’ve been there.